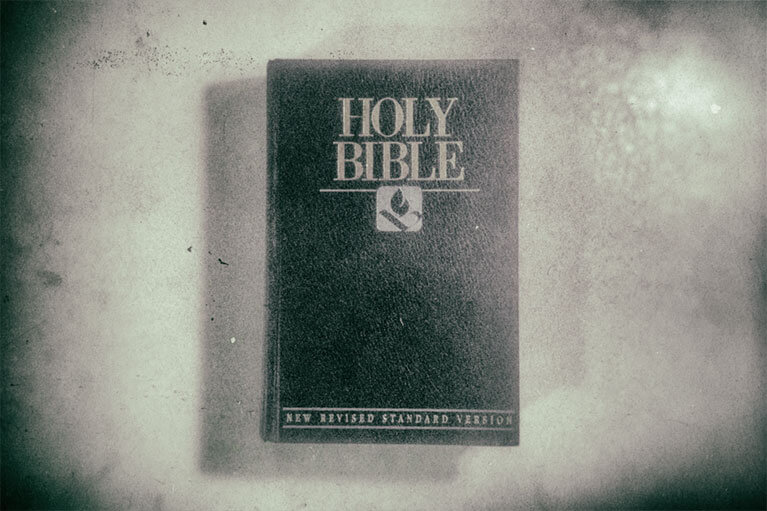 “This will happen when the Lord Jesus is revealed from heaven in blazing fire and with powerful angels. He will punish those who do not know God and do not obey the gospel of our Lord Jesus. They will be punished with everlasting destruction and shut out from the presence of the Lord and from the glory of his might on the day he comes to be glorified in his holy people and to be marveled at among all those who have believed. This includes you, because you believed our testimony to you.” 2 Thess 1:7b–10 NIV

On the surface, the above passage from 2 Thess seems to argue that some people will one day be shut out from God’s presence and punished for time-everlasting. And if this is indeed Paul’s letter—which is doubted by many scholars, but for the sake of argument we will accept it as such—then this is the only place that I can think of where Paul potentially speaks of “eternal separation from God.” However, I believe this translation finds its foundation atop shaky ground. Let me explain.

First, when Christians mention phrases like “eternal separation from God,” they generally have one of two things in mind. Many describe it as eternal conscious torment, where a person is not only separated from God, but who also remains alive in order to be tormented—either with literal or figurative fire—for all eternity. Then there is a growing minority who believe the wicked won’t be eternally tormented, but eternally “destroyed,” or in other words annihilated. Metaphysically, this proposition at least makes sense, for I will concede that someone theoretically could be annihilated—wiped out of existence altogether—and thus be found to be “eternally separated from God.” But the eternal torment model has some especially major issues. In a metaphysical sense, is it even possible to exist outside of God’s presence, given how God is that which holds the whole of Creation together? How does one become metaphysically separated from this life source, and yet remain in “existence?” The writer of Ps 139:7–8 seems to find it an absurd proposition, proclaiming “Where can I go from your spirit? Or where can I flee from your presence? If I ascend to heaven, you are there; if I make my bed in Sheol, you are there.” So right out of the gates, the doctrine of eternal conscious torment where in which hell is defined as “eternal separation from God,” seems like a metaphysical absurdity—that is, short of some quasi-polytheistic reality (where hell is held together by a second God or worse yet, becomes its own God in order to hold itself together).

Moreover, if you take a look at 2 Thess 1:9, you will notice that the NIV includes the phrase “shut out from the presence of the Lord.” In Greek, however, the word apo, which is what the translators have rendered “shut out from,” literally means “from,” and while it can indeed mean “away from,” it would have to be modified to read as such. For instance, in Rev 6:16, apo gets modified by the phrase “hide us,” so that it is interpreted “hide us from (apo) the presence of him who sits on the throne.”[1] The same thing goes for Isa 2:10—a verse being referenced in 2 Thess—where it reads “enter into the rock, and hide in the dust from (apo) the terror of the Lord, and from the glory of his majesty.” But here in 2 Thess 1:9, there is no modifier. The eternal destruction (olethron aionion) Paul is talking about comes directly from (apo) the presence of the Lord. Notice the parallelism between this passage and that of Acts 3:19:

In each case, what is coming comes from the Lord: eternal destruction (olethron aionion) and times of refreshing (kairoi anapsyxeos).

Now, let us focus our attention on the doctrine that states some will suffer annihilation, as there is the possibility that Paul indeed meant some sinners would be punished by God in such a way that they are snuffed out forever. That is to say, the olethron aionion they suffer from the presence of the Lord will put them out of existence altogether. So let us get dig further into the meat of the passage at hand to see if that is indeed the case or not.

In English, when we hear that someone will be “punished with eternal destruction,” we generally think that their situation is hopeless. That is to say, once they are eternally destroyed, then they are done for, with no future hope of return. However, when Paul uses phrase “eternal destruction,” he has something different in mind.

To show this, we will turn to his letter to the Corinthians.

In 1 Cor 5, Paul begins discussing a case of incest among the Corinthian people. He is so harsh in his critique that he describes this type of immoral behavior as “a kind that is not found even among pagans” (1 Cor 5:1). Not only does Paul recommend the person be “removed” from the church, but he also pronounces judgment in the name of the Lord Jesus on this man (1 Cor 5:2–4). He then instructs the Corinthians to “hand this man over to Satan for the destruction (olethron) of the flesh, so that his spirit may be saved in the day of the Lord” (1 Cor 5:5)—the same “day of the Lord,” mind you, Paul is referencing in 2 Thess 1:10. So the destruction, albeit harsh, is actually what one as wicked as the Corinthian man faces in order to have his spirit saved. Or, as Paul puts it earlier in the Corinthian letter, “Now, if anyone builds on the foundation with gold, silver, precious stones, wood, hay, straw—the work of each builder will become visible, for the Day will disclose it, because it will be revealed with fire, and the fire will test that sort of work each has done. If what has been built on the foundation survives, the builder will receive a reward. If the work is burned up, the builder will suffer loss; the builder will be saved, but only as through fire” (1 Cor 3:12–15). Again, on the day of the Lord, some will suffer loss—that is, destruction of the flesh (wood, hay, straw)—but through fire will be saved. They will not be utterly destroyed in the metaphysical sense, but destroyed in the same sense Saul was destroyed, where all that causes wickedness is burned up in order for the spirit to be saved.

This is the vision of God’s restorative justice that Paul possessed—thus his use of the word dikēn in 2 Thess 1:9. While various translators have rendered this word “punishment” (NIV and RSV) and “penalty” (NASB), the most accurate translation is simply “justice.” It comes from the noun diké, which carries with it a judicial context. In fact, the theme of justice pervades the first part of 2 Thessalonians. Paul even writes, “It is in just for God to repay with affliction those who afflict you” (2 Thess 1:6). Paul’s affliction “suffered” at the hands of God’s justice, then, one could say, was that he was struck blind (Acts 9:8). So the subsequent “eternal destruction” is not simply an arbitrary punishment or penalty for wickedness, but a matter of justice.

Now, when we shift our attention to the Old Testament context (Isa 2—5), what we will notice is two-fold: justice is a prevailing theme and those who face judgment from the Lord have a restored and hopeful ending. In fact, the Isianic prophecy begins by looking forward to a future time when all the nations shall stream to the Lord’s house (Isa 2:2–3—emphasis mine). There will be no more war, as the nations will have “beat their swords into plowshares, and their spears into pruning hooks” (Isa 2:4). This will all come to pass because of the righteous justice of the Lord.

But that does not mean people are not “punished,” or that justice is cheap. No! Wicked rebels will hide in terror, haughty eyes will be brought low, and pride will concede to humility (Isa 2:10–11). That is to say, the wicked will be destroyed in their ways, and they will have nothing to do but begin to seek repentance (Isa 2:18). Reconciliation is even later seen between the rebellious and the Lord in Isa 4:3–4: “Whoever is left in Zion and remains in Jerusalem will be called holy, everyone who has been recorded for life in Jerusalem, once the Lord has washed away the filth of the daughters of Zion and cleansed the bloodstains of Jerusalem from its midst by a spirit of judgment and by a spirit of burning.” It is this type of justice—this purifying fire of the Lord—that leads to the hopeful vision laid out at the beginning of the prophecy.

All of that said; let us turn our attention back to Paul, and explore one last pressing matter that deserves our focus, namely, Paul’s apocalyptic experiential knowledge of God’s “destructive” justice. For without discussing his very real encounter with the risen Christ, and the very real destruction it brought him, all of our exegetical work could be moot or speculative at best. After all, not one human being in history has been able to distance themselves from their own subjective lens. So when we talk about God, or anything for that matter, we are always doing so with our real-world experiences in mind (much of the time, even non-consciously). The same goes for Paul when he talks about the kind of destruction that comes from the very face of God.

You see, pre-conversion Saul was a violent zealot. He was a Pharisee, and per his own words, “blameless” in terms of righteousness under the law (Phil 3:6). But he had God all wrong. Like many of his interlocutors, Saul believed that God wanted zealots, that he wanted keepers of the law, those who would commit violence for his namesake. But nay! God wanted servants of others, purveyors of grace, those who would confront violence with peace for his namesake.

As I alluded to earlier, this destroyed Saul. It destroyed his theology, his ethics, his philosophy, everything. Like the destruction of the man in 1 Cor 5, this sounds harsh. But had either men not been met with this type of destruction, where the false self is utterly burned away, they could not have been saved. Surely, having been built upon the foundation of mere wood, hay, and straw, their spirits would have died.